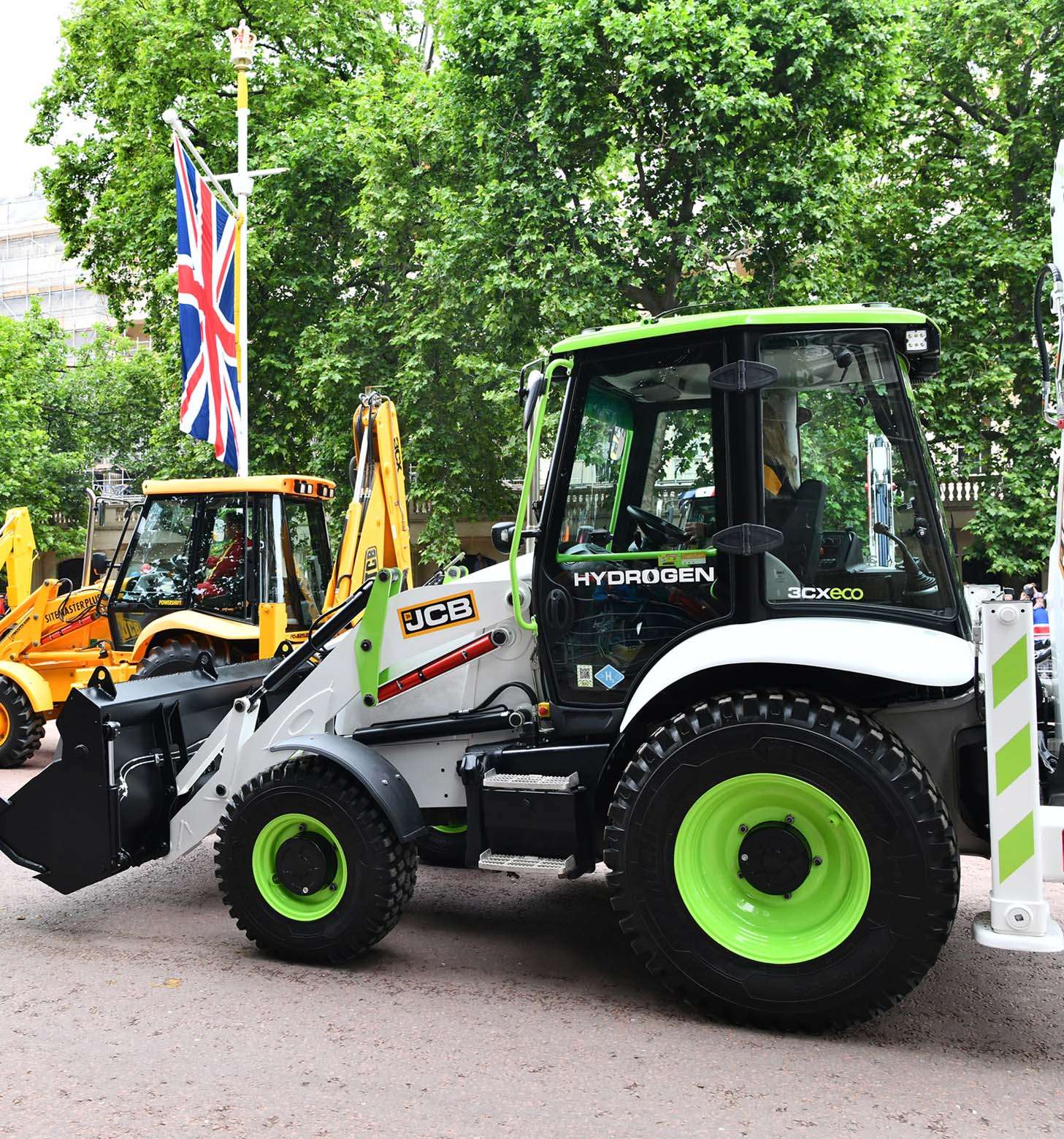 The JCB backhoe loader – in distinctive green and white livery – was cheered loudly as it made its way along The Mall in London towards Buckingham Palace driven by JCB Test Site Operator Georgina Williams, 30.

The machine has been developed in top secret by Staffordshire-based JCB and the Platinum Jubilee Pageant was its first it first major public outing on a world stage. JCB Chairman Lord Bamford is leading the project to develop JCB machines powered by hydrogen.

Today Anthony Bamford said: “I was immensely proud to see JCB’s first hydrogen powered product take centre stage at the Platinum Jubilee Pageant to mark Her Majesty the Queen’s 70-year reign. So much has happened over the past seven decades and the jubilee has now focused minds on the need to take greater care of the environment in the future. I was so pleased to share at the Pageant how we are focusing on the development of JCB machines powered by hydrogen, which will help drive us towards a zero-carbon future.”

JCB is at the forefront of the drive to reach zero emissions by 2050 and has a number of prototype machines on test powered by hydrogen.

The company has invested £100 million in the project to produce super-efficient hydrogen engines and a team of 100 engineers is working on the exciting development. As well as the backhoe loader which paraded down The Mall, JCB has also unveiled a second prototype machine powered by hydrogen: a Loadall telescopic handler, which is used in the construction industry and on farms around the world.