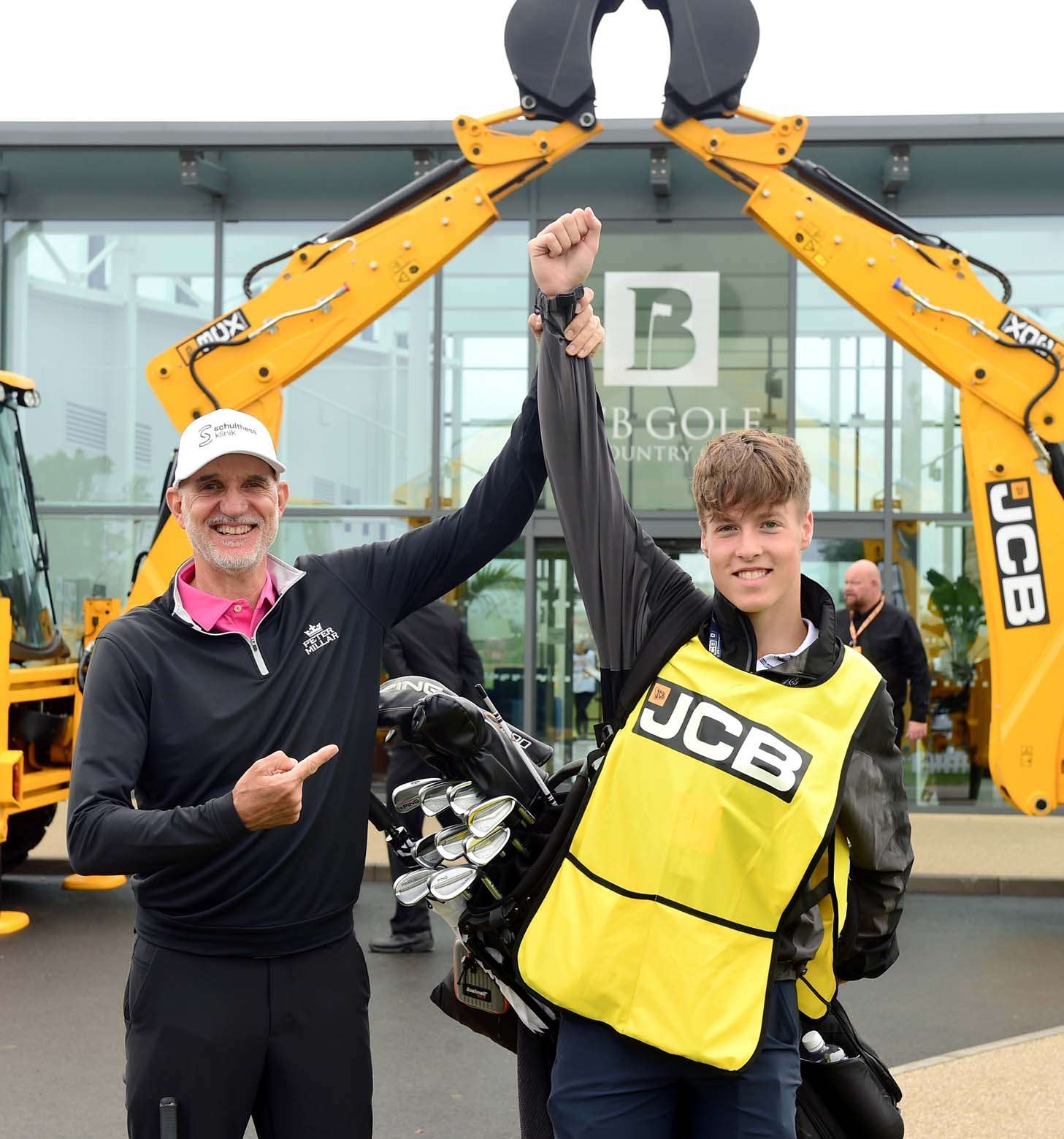 A STAR-STUDDED weekend of golf at Staffordshire’s JCB Golf & Country Club has been hailed a great success thanks to 150 volunteer games-makers.

As more than 7,000 spectators flocked to the fairways at the prestigious course next door to the JCB World Headquarters at Rocester, the volunteers were hailed as heroes of the day – taking on a whole host of duties including course marshals, parking attendants, scoreboard attendants, TV assistants and chaperones.

The inaugural JCB Championship, on Friday, Saturday and Sunday, was part of the international Legends Tour and saw volunteers, staff and visitors rubbing shoulders with stars of the game including Darren Clarke, Ernie Els, Vijay Singh, Colin Montgomerie, Alex Cejka and John Daly.

It was a rare opportunity for golfing enthusiasts to visit the spectacular 240-acre parkland course, as well as watch 80 international golfers competing for the £600,000 prize fund. Meanwhile, all profits from the event are to be donated to the JCB NSPCC Platinum Jubilee Appeal.

And for one volunteer it proved a weekend to remember.  Henry Moriarty (19) of Denstone found himself playing a key role on the course not only caddying for Swiss golfer Andre Bossert throughout the Championship but also putting a roof over his head.

The former Denstone College student who plays golf off a 21 handicap had signed up to be a caddy for the Championship, however his assigned golf pro was unable to play.  Henry stayed on as a volunteer helping with preparations for the event and his dedication was well and truly rewarded – for joining the line-up at the last minute, Andre Bossart had no caddy and nowhere to stay.

Henry said: “I was helping on the driving range and chatting to one of the caddies who asked if I knew anyone who could step in, so I jumped at the chance. The JCB course is amazing and I’ve played it four or five times so I could advise him and give him some guidance.

“He is a fantastic golfer – his attention to detail and professionalism were incredible to see and I’ve learned a lot from watching and talking to him. He was also a great person to get to know – he stayed with us throughout the competition, ate with my family for the first night and then invited me to join him for the players’ barbecue and meals each evening.

“It has definitely been an unexpected experience but it has been brilliant for me and I’ve really enjoyed it.”

Now, with great experience under his belt Henry is hoping to secure further caddying work. Meanwhile, Andre finished the JCB Championship in a creditable 32nd place out of 80 competitors on a two over par.

JCB Golf & Country Club General Manager Mark Addison said: “The JCB Championship has been a fantastic success. It was our first international three-day competition and it was brilliant to be able to welcome golf enthusiasts and the local community to the course.

“The 150 volunteers and our amazing staff were key to the whole event’s success and we cannot thank them enough. This has really put the JCB Golf and Country Club on the international tournament map and the professional golfers all praised the course, the hospitality, staff and organisation of the whole weekend.”

Winner of the JCB Championship was German professional Alex Cejka who triumphed with an 11 under par over the three rounds. For the full list of final scores visit www.jcbchampionship.co.uk.