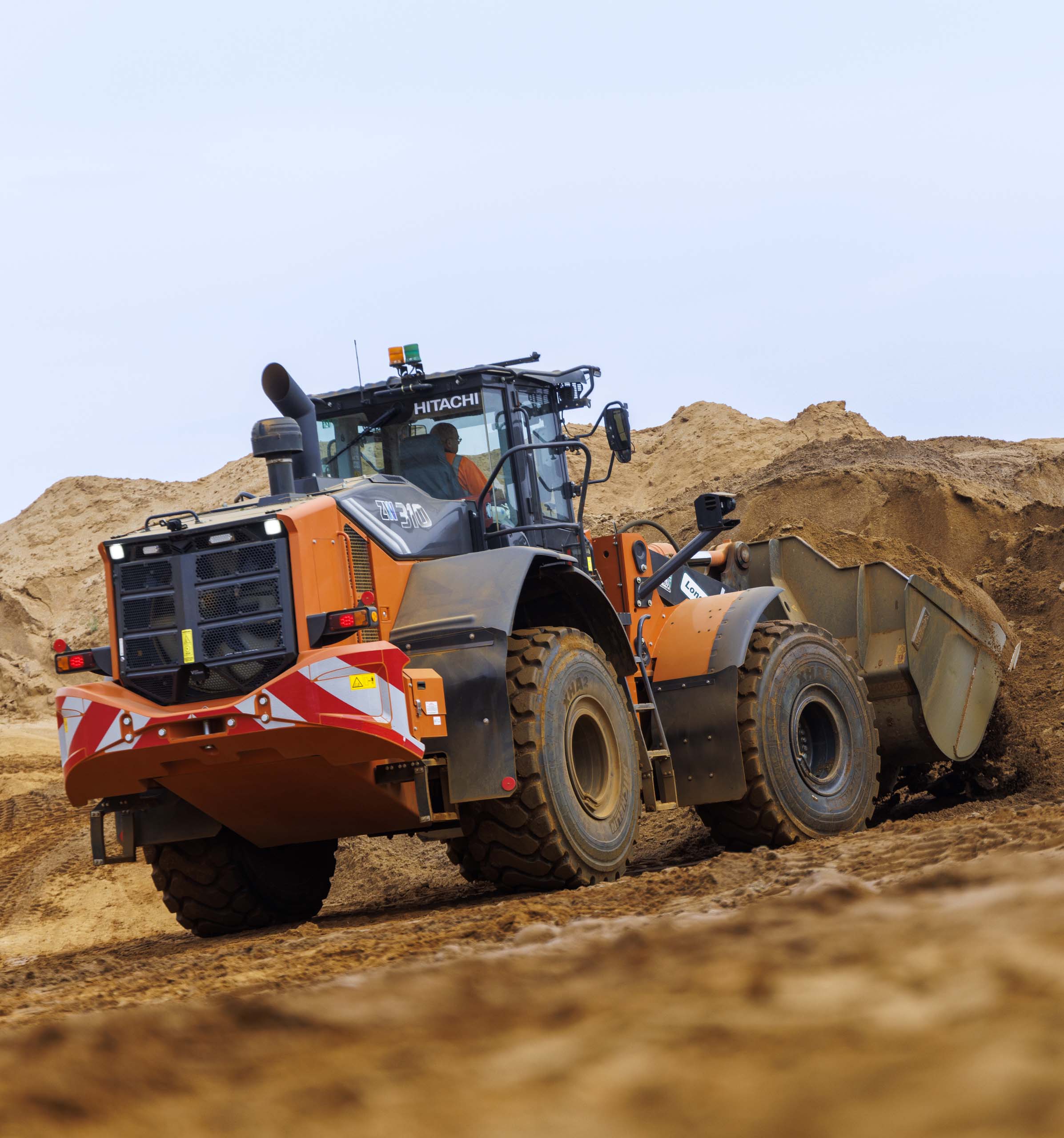 The ZW310-7s have started working at Longwater Gravel’s 200-acre Coxford Abbey Quarry near Fakenham. They are being used for loading the hopper with the raw materials, general material handling work, creating stockpiles and loading a steady stream of trucks.

“We are constantly evaluating the performance of our machines and the relationship with our suppliers,” says Simon Smith, Longwater Gravel’s Operations Director. “These factors were equally important when deciding for the two new wheel loaders. Our Hitachis have been reliable since we bought our first ZW180 wheel loader in 2014. They work well and there’s minimal downtime, plus the support we receive from HCMUK is also excellent.”

The Longwater Gravel team believes that the Hitachi ZW310 is better suited to their needs than the smaller models, as they load faster and are more efficient in the stockyard. They also prefer to have two models of the same size at Coxford Abbey, as they are then able to interchange seamlessly between tasks and operators if required.

Quarries Manager Rupert Jarvis has spent 13 of his 38 working years with Longwater Gravel: “As a manager, I like Hitachi wheel loaders as they have high levels of availability and productivity. And as an operator, they are reliable and robust – none of the other brands work as well as Hitachi machines.

“The ZW310-7 is a natural progression and a step up from the ZW310-6, with some notable improvements. It glides better, the suspension has been upgraded and the comfort in the cab has been enhanced. In addition, it is smooth, the controls and seat move together, and some of the components (such as the battery) are more accessible.”

Similarly, operator Trevor Minns has been working with Longwater Gravel for 15 years. He has operated all of the company’s wheel loaders, with a preference for the larger ZW310-6.

“Having driven the old and new models back-to-back, my first impressions of the ZW310-7 are that there are quite a few changes in the cab,” says Trevor. “Hitachi has spent time and effort on changing some of the features that really matter to operators. For example, climbing the steps at an angle and opening the door to the left allow better access in and out of the cab.

“The new model also offers a more comfortable workspace with the synchronised movement of the controls and seat. There is excellent visibility, as I can see all round the machine, with any blind spots eliminated due to the positioning of the (heated) mirrors and multi-angle cameras.

“Everything’s fully adjustable, so I can set everything to my liking, and my favourite features are the ZW310-7’s more comfortable seat and larger armrest. Even though I’m frequently in and out of the cab on a typical working day, I can still spend two or three hours at any one time driving the machine – and never feel tired.

“There’s even better access for routine maintenance tasks, such as cleaning the exterior of the windows, and checking the engine and hydraulic oils at the same time – it’s the small details that make such a difference. The overall performance of the machine is impressive, as it’s faster, more powerful and has greater capacity for my routine tasks around the yard.”