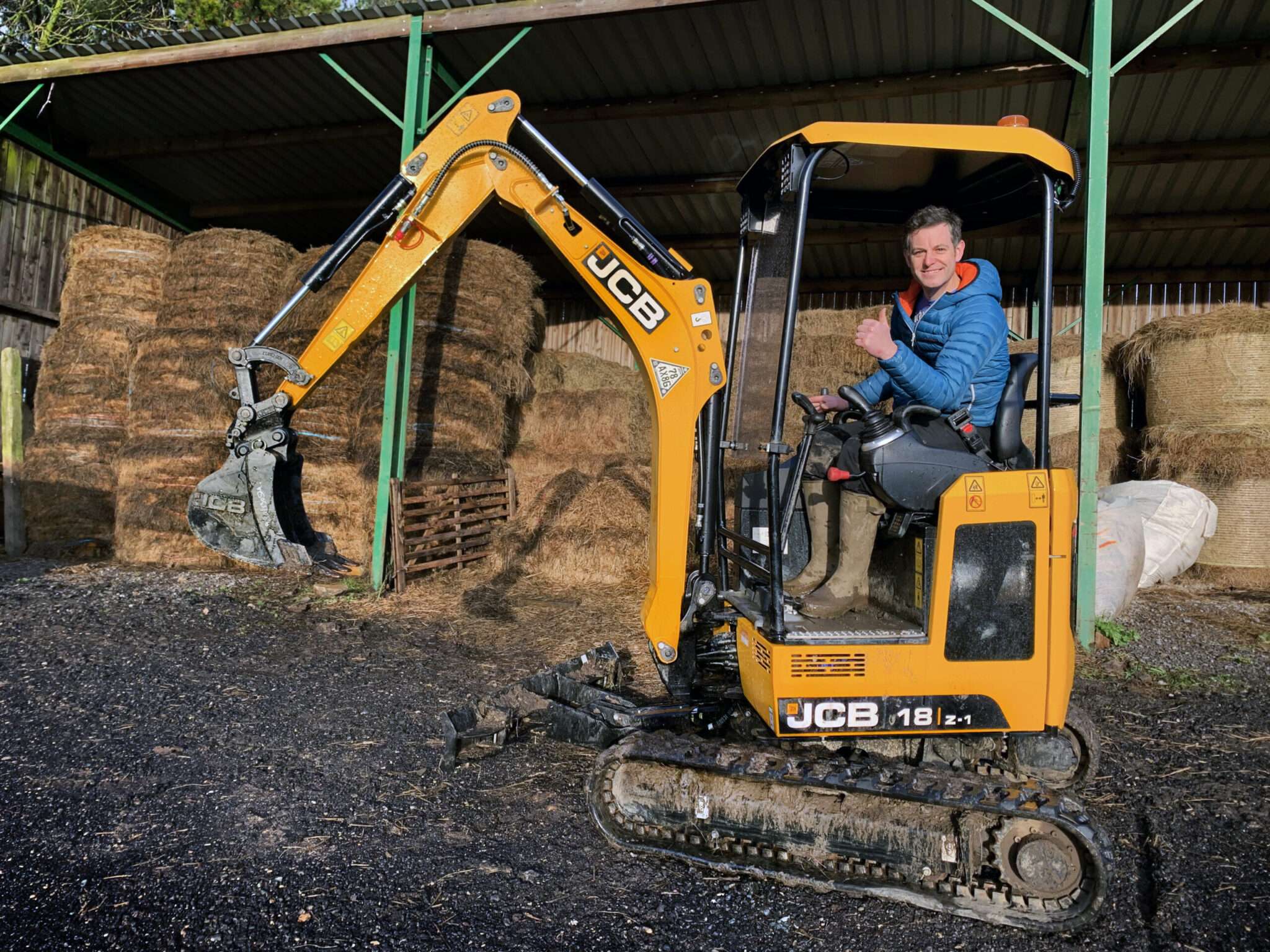 Popular TV star Matt Baker deployed the might of a JCB mini excavator during a fly-on-the wall TV special about the rescue of his family’s organic sheep farm.

Countryfile and former The One Show presenter Matt headed back to his family farm near Durham where he grew up to help keep it running after his mum had a serious accident.

And with a list of repairs and renovations to complete, JCB answered the father-of-two’s cry for help and despatched a 1.8 tonne JCB 18Z-1 mini excavator manufactured at JCB’s factory in Cheadle, Staffordshire. Among the tasks the JCB machine tackled were the creation of a beach area for a woodland pond and pathway through the middle of a planted mini orchard, as well as general landscaping and maintenance.

Matt said: “The JCB mini excavator is a great little machine and was really easy to use. It helped to punch a big hole in the long list of jobs we had to do on my family’s farm.”

Matt’s efforts behind the controls of the JCB mini excavator will feature on a new More4 series, Matt Baker: Our Farm in the Dales, which is aired on Wednesday 31st March at 9pm.

Matt’s parents, Janice and Mike, live on an organic sheep farm that dates back to the 1600s. Matt still plays a very active role in running the farm, but when his mum had an accident last summer he had to move his wife Nicola and their two children north to run the farm.
Matt added: “This is without doubt the most personal TV show I’ve ever made. Filming on the farm where I grew up with my whole family has been a wonderful and unique experience.”
Returning to the remote farm, Matt is faced with the challenge of keeping it running and helping his mum overcome her accident injuries. Championing traditional craft and heritage skills along the way, he also calls on the services of local experts and friends to help out the family – and he even finds the time to save his Dad’s 1946 Dodge car that’s been left in a field for 20 years.