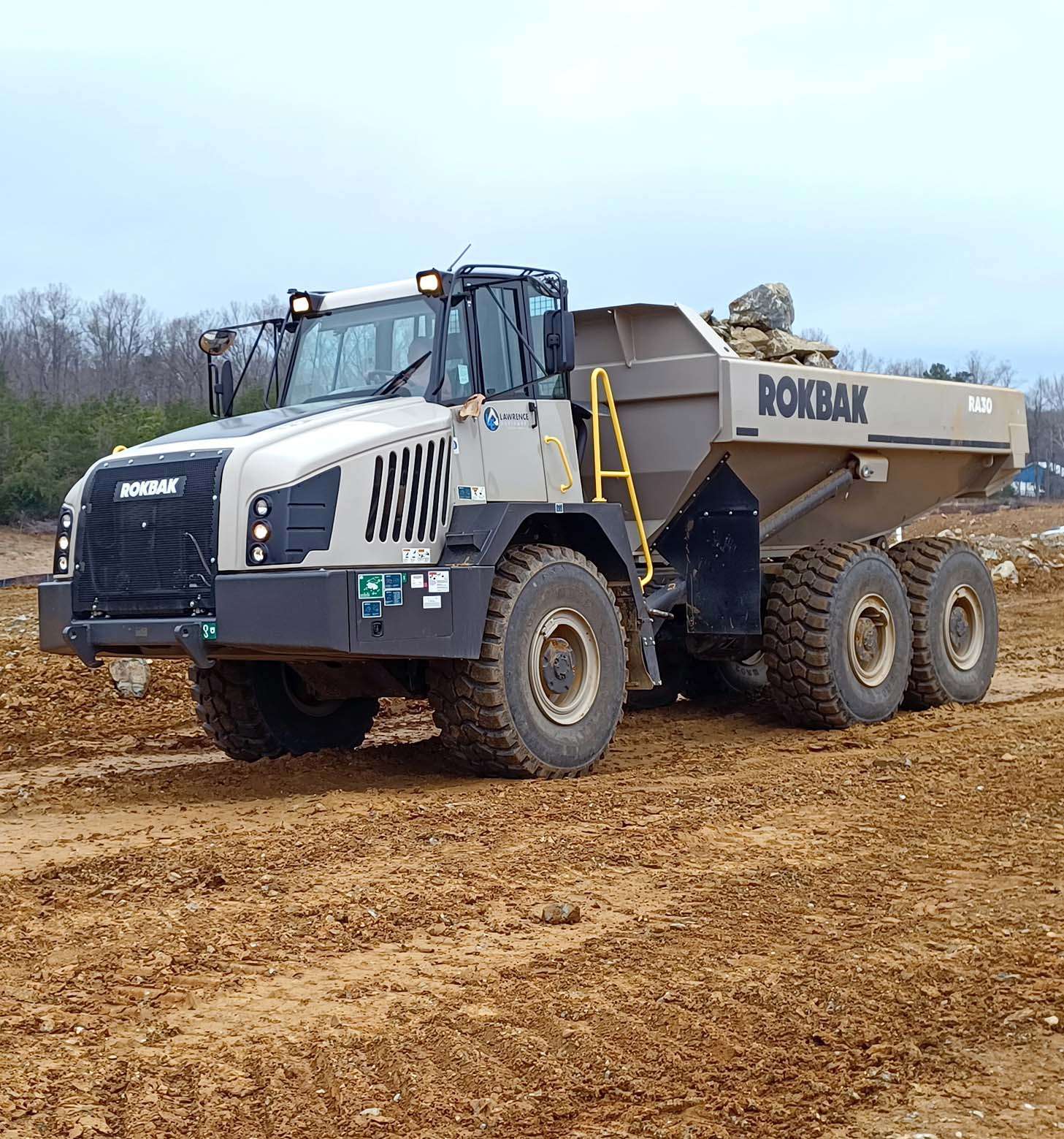 Browning Excavation had to act quickly when groundworks on a major housing project in Locust Grove turned up acres of overspill from the Blue Ridge Mountains.

As the home of a cluster of Civil War battlefields, there are doubtless all kinds of surprising bonanzas still waiting to be uncovered in the soil of Orange County, Virginia. For Cody Browning, owner of Browning Excavation, however, the unexpected discovery made while providing groundwork services for a major housing project in his own Locust Grove neighbourhood wasn’t quite such a lucky strike.

One of the perils of working so close to the foothills of the famous Blue Ridge Mountains, is that a job that starts out as a relatively straightforward affair can often take a more complex turn when excavators suddenly hit a patch of unexpected granite. And, shortly after breaking ground for the installation of sewage utilities, this is exactly what happened on Browning Excavation’s job site.

“We hadn’t counted on there being so many rocks to move,” explains Cody. “They were basically all over the entire 60 acres – our excavator operators were spending hours breaking them up with a hammer before they could dig them up. Soon they were beginning to take over the site as well as slow down progress.”

The decision was quickly made to move the scattered rock piles to a holding area at the back of the site and, in a ‘when life gives you lemons, make lemonade’ type of approach, some of them were also earmarked for the backfilling of some pits at the site.

All that was needed was a reliable machine to move them all, so Cody contacted his trusted Rokbak dealer, Lawrence Equipment, and arranged to lease a Rokbak RA30 articulated hauler. With five locations across Virginia, Lawrence Equipment was able to ensure its long-time customer didn’t have to wait too long, and the hauler arrived in December 2021.

With the foundations of 375 houses still to dig once the drainage works completed, the hauler has so far clocked up over 500 operating hours, and remains on call for 10 hours a day, five or six days a week.

“The RA30 has impressed us, it takes everything in its stride,” says Cody. “It handles this surface really well too, and is especially good in the wet. Whereas, we have an older truck from another manufacturer that we can’t get tyres for anymore, so we just can’t operate that in the rain.”

In contrast, the RA30 is completely at home in wet, muddy conditions, where it delivers class-leading rimpull. Effective calibration of the 370 hp (276 kW) Scania DC9 five-cylinder engine with ZF’s EP320 8F/4R transmission ensures each wheel receives maximum productive drive in any working application, and enables a top speed of 34 mph (55 km/h). Its three heavy-duty axles provide permanent all-wheel drive, in association with hydraulically actuated multiplate transverse diff-lock differentials for 100% cross-axle lock-up, and a differential coupling between the front and rear axles. Each of these diff-locks can be instantly engaged by the operator as soon as poor traction conditions are encountered.

“I really appreciate how easy the hauler is to handle in confined spaces – it’s so responsive when you have to make tight turns,” adds its new operator, Suzie Sanchez.

The tilt/telescopic steering wheel, in fact, requires just four turns to move from lock to lock, thanks to the efficient hydrostatic power steering design that feeds pressure from a variable-displacement / load-sensing pump to a pair of double-acting steering cylinders. With a 45° steering angle at either side, creating a turning radius of just 27ft 9in (8,470 mm), the result is superior manoeuvrability that can be produced with the minimum of operator effort.

One reason for this is the cushioned bump stops on the steering cylinders that reduce strain on the operator over a long shift. Another improvement to hauler productivity that also enhances the in-cab work environment is the fully independent front suspension, which combines a double-wishbone design with four hydraulic dampers and coil over springs.

The Rokbak RA30 will potentially remain on the Locust Grove site until the work is completed in two years or so, before moving on to another of the three major projects in Browning Excavation’s order book. The next 30-acre housing development fortunately has no problematic patches of rock, and the hauler will instead be used to transport dirt from higher ground to help meet grade. Just 15 miles to the east, this site is also within a short hop of Cody’s front door – a definite advantage to someone routinely putting in 100-hour weeks.

The RA30 is busy moving rocks to a holding area at the back of the site.

Given that many other North American contractors are likewise enjoying a boom in demand for their services, and bearing in mind the need to expect the unexpected, it may well be wise for other firms to hang onto their leased RA30s and RA40s ‘just in case’. The region is the leading global market for these machines, with around half of 2022’s expected 9000 unit sales (an approximate 10% increase) likely to be made here, and Rokbak is now busily ramping up production to meet the spike in demand.

“Right now we have a very healthy order book,” enthuses Robert Franklin, Director of Sales, Americas. “The construction business in the US and Canadian markets is booming thanks to some once-in-a-lifetime infrastructure bills pushing demand, and we’re doing everything we can to ensure our customers can reap maximum benefit.

“Our lease returns are being sold before they even come back and we’re already taking orders for 2023. Our haulers are very nearly worth their weight in gold at the moment!”