Rokbak & one of the world’s fittest women join forces again!  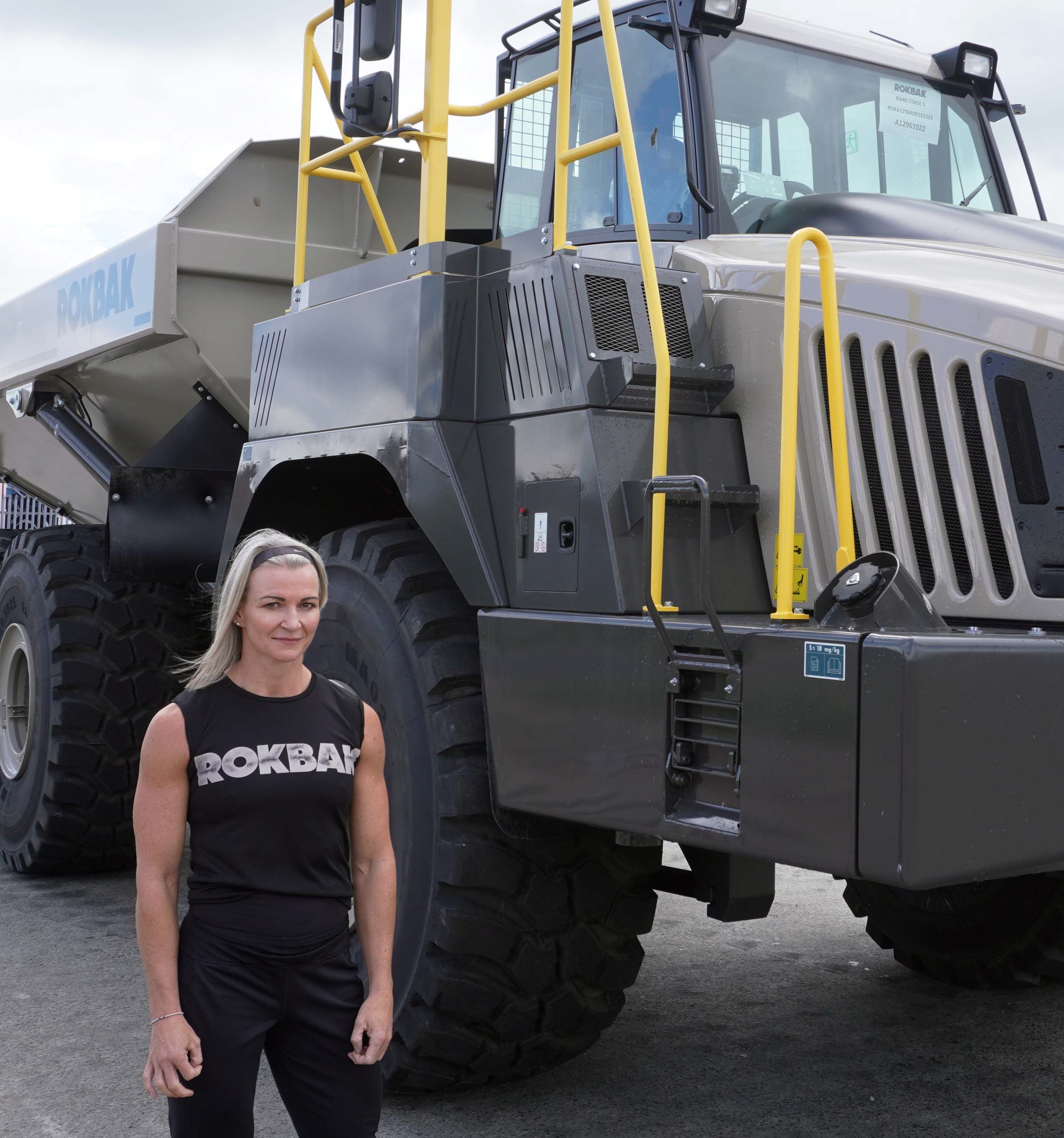 Like the haulers she appeared alongside a year ago to highlight their power, strength and reliability, Ali Crawford only gets better. Fresh from being crowned the world’s fittest woman over 45, she recently returned to Motherwell to put an RA40 through its paces.

Twelve months on from the Rokbak online launch event on September 1st 2021, one of the locally produced stars that caught the eye during the stream of memorable images of robust power, performance and reliability returned to the Motherwell factory to help celebrate the brand’s first anniversary.

In the latest video – which is live on Facebook, Instagram, Twitter and LinkedIn – leading CrossFit athlete Ali Crawfordcan be seen putting an RA40 through its paces while talking about her experience filming the brand video and how she has more in common with Rokbak and its machines than you might think!

Initially chosen to reflect the tough, powerful characteristics and values she shares with the Rokbak brand, Ali has gone on to enjoy even greater success over the past year, officially becoming the World Number One in her age category after an exceptional performance at the CrossFit Games in Madison, Wisconsin, USA last month.

“Even though I’m in my forties now, I feel like I’m getting stronger and fitter every year, rather than older,” says Ali. “So, I can definitely relate to another Scottish champion that is in better shape than ever after 80 years of continual improvement and hard work! These impressive machines and what they stand for, how robust and reliable they are, really align with me as a person – I feel like the human version of an RA40!”

Despite living relatively close to the Rokbak factory, Ali had no previous experience with articulated haulers, so found the first video shoot an extremely enjoyable and eye-opening experience. “I hadn’t known what to expect but it turned out to be so much fun,” she grins. “I had a brilliant time, doing various fitness exercises around the machines to help illustrate their qualities was amazing.”

CrossFit encapsulates different types of exercise such as running, swimming and gymnastics. It combines strength, cardio and agility.

“Even though the haulers are big, they have a unique agility, and that’s exactly how I need to be as an athlete,” concludes Ali. “It takes me back to my training, where I need to be fast, strong and agile to be successful. And, like the Rokbak machines, I also have to be adaptable to perform at my best in different environments.”

“It’s great to see one of Scotland’s big companies doing so well on the world stage. We’re such a small nation, but there is so much history and success here. When I was competing in Madison, I knew the whole Scottish family was behind me, and it gave me an incredible lift. There’s always pride and pleasure when someone from here achieves something great on the world stage – it inspires hope in everyone!”