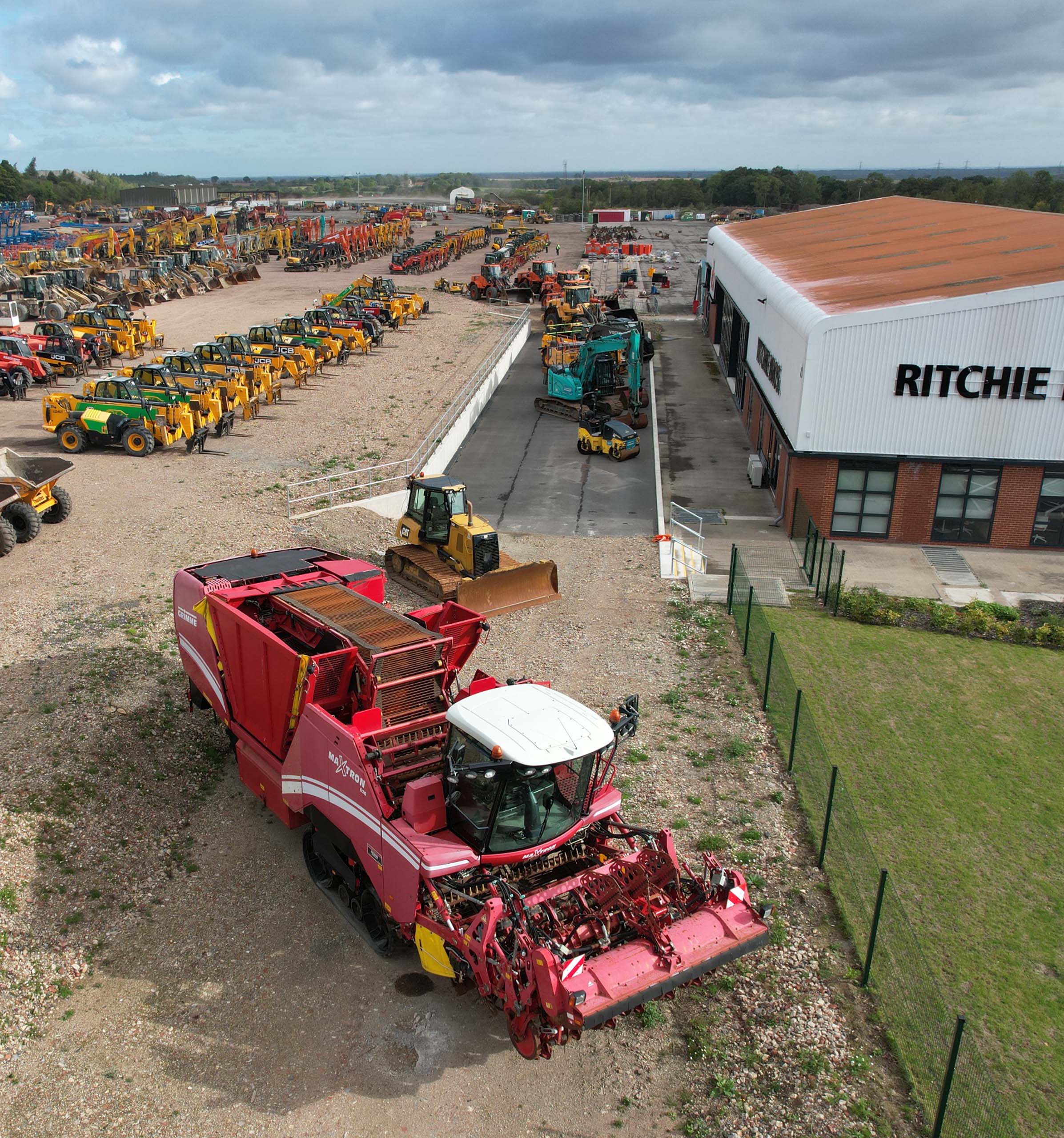 Equipment auction company Ritchie Bros. UK is set to continue transforming its Maltby Colliery site following its recently completed purchase of the land and remaining buildings. A key development project will see the major renovation of a large historical structure from the old colliery becoming a state-of-the-art equipment workshop.

Rupert Craven, Sales Director UK & Ireland: “Since moving to Maltby in 2019, we’ve conducted 23 auctions, attracted over 30,000 registered bidders, and sold over 31,000 excavators, tractors, dumpers, trucks and other machinery to businesses from all over the world.

“During this time, we have made really good progress transforming the site into the Head Office for our UK business, and we have more exciting plans in the pipeline, like the new workshop.

“Once completed, our customers will be able to use painting and a range of refurbishing services in Maltby. This will further help our customers from all over the world buy and sell machinery, as a refurb can make all the difference when selling in our auction or Marketplace-E to help maximize the returns. Or before putting your purchased equipment to work.”

Site development projects will continue throughout 2023, with the main equipment yard also set to be enhanced.

The Ritchie Bros. UK team holds its next Maltby auction (the last one on this year’s calendar) on December 14. The unreserved auction already features over 560 lots, ranging from excavators, dump trucks, loaders and trucks, as well as tractors, beet harvesters and much more.

About Ritchie Bros in the UK

Ritchie Bros has a long history in the UK. Going back to 1987, when the company held its first European auction in Liverpool, which featured rows of machinery used to repair roads and bridges in the Falkland Islands after the war. A series of auctions took place at multiple locations in the UK Midlands in the following years, including in Donington Park.

In early 2019, the Ritchie Bros. team opened its new UK headquarters in Maltby and began developing the site step by step with local contractors. This will continue following the purchase of the site, opening the door for further enhancements and onsite services for customers.

Having served as a coal mine for a century since 1912, the Maltby site has a unique industrial atmosphere. Ritchie Bros. brought a new industrial purpose, and work needed to be done. Over the last three years, the site transformed step by step. Surfaces were levelled, old structures demolished if not renovated, new offices were constructed, and equipment services added.

Additional pictures are available on request.