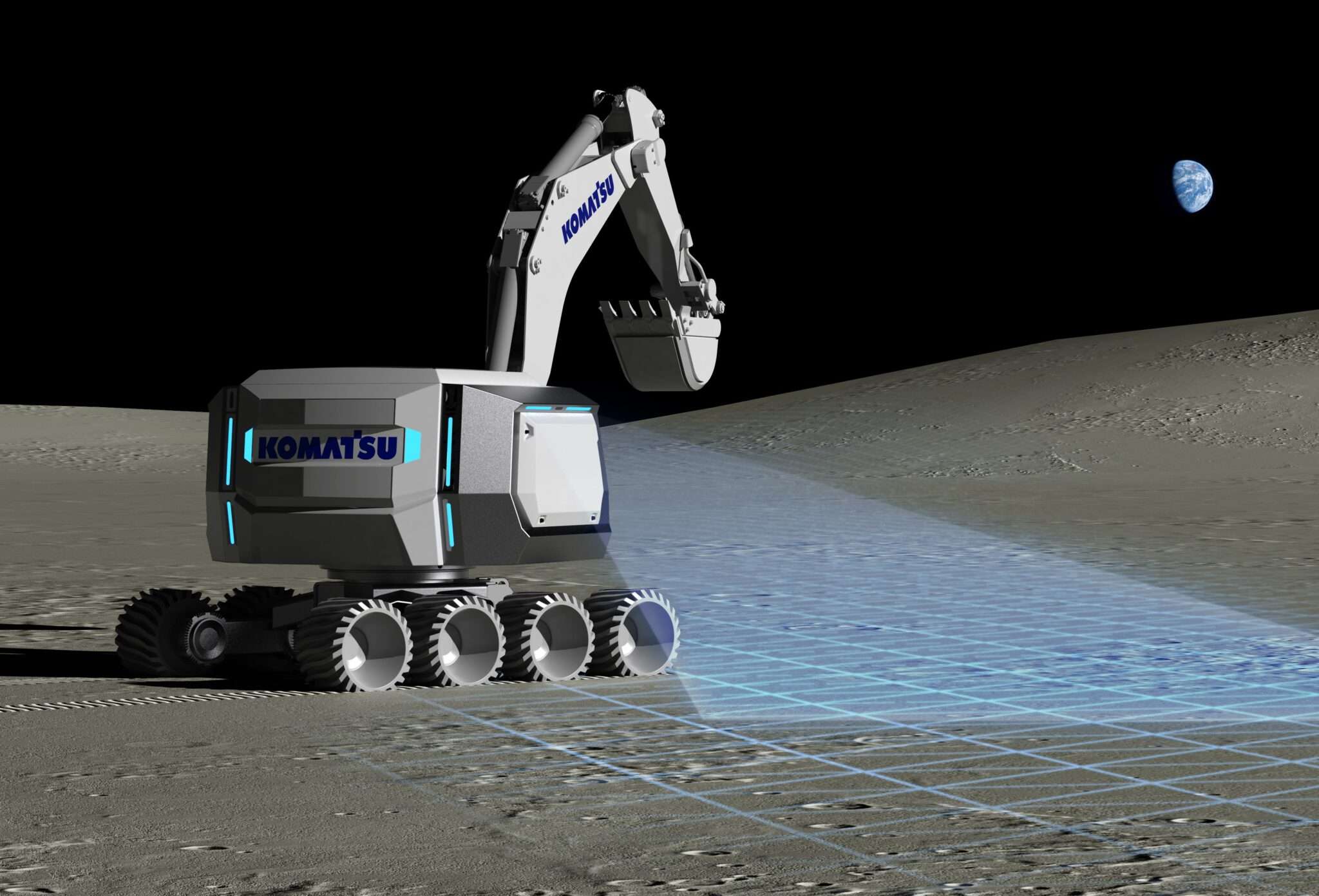 With a space station orbiting above our heads and manned travel into outer space now a regular occurrence, it is easy to imagine that outer space construction projects, such as on the surface of the Moon, could soon become a reality.

This likelihood is one for which the Japanese government and Komatsu have begun to prepare, their challenge being to design the machinery that will likely be needed.

Alongside the Japanese ministries responsible for infrastructure, transport and education, Komatsu is currently working on the development of what it calls ‘innovative technologies for autonomous outer space construction’.

At its core will be the application of what it calls ‘digital twin technology’. By utilising accumulated technologies in products and processes, the immediate intention on the part of Komatsu engineers is to create and operate a hydraulic excavator (see photo) that would function in cyberspace and to compare its movements with actual equipment on Earth to verify the simulator’s precision.

Komatsu will set the surface conditions of the Moon as cyberspace and check the movements of the excavator in the simulator to identify the real issues and conditions that its lunar equipment would face.