IN LOVING MEMORY OF AMILCARE MERLO 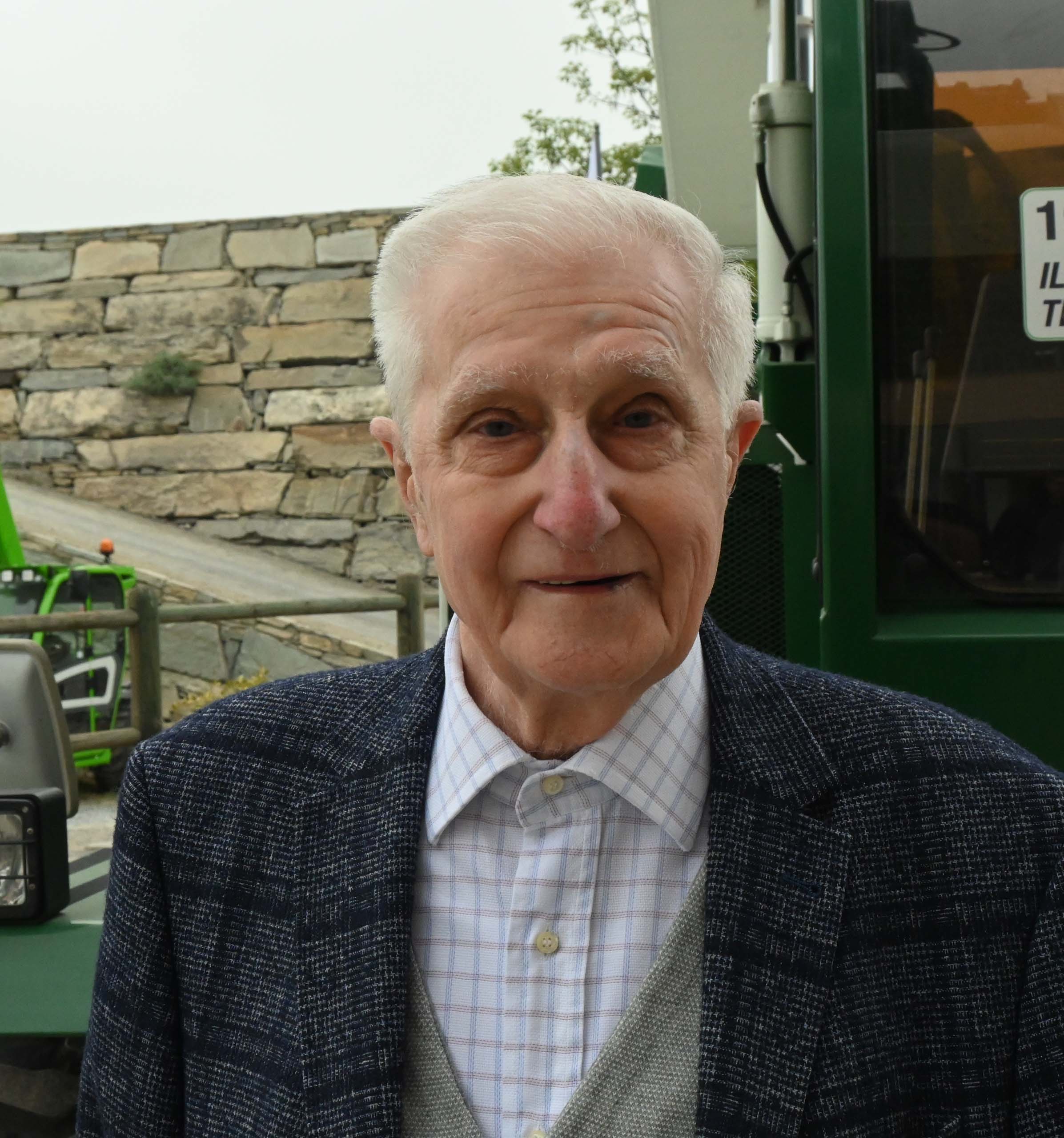 Ringwood, Hampshire | 09.11.2022 – Merlo UK are deeply saddened to learn of the passing of President and founder of Merlo, Mr Amilcare Merlo at 88 years old. Our thoughts are with the Merlo family, friends, loved ones and the many people throughout his beloved local community of Cuneo whose lives he touched.

Born in 1934 on the outskirts of Cuneo, Italy, Mr Merlo began working in his father Giuseppe’s blacksmith workshop at just 14 years old, inspiring him to open the first Merlo Group production facility in 1964. Merlo Group celebrated their 50th Anniversary in 2014, marked by their recognition in the Italian register of historic companies. The following year, Amilcare and his sister, Natalina, were awarded honorary citizenship of the city of Cuneo.

The Mayor of Cuneo, Patrizia Manassero expressed her condolences to the Merlo family, “It is a great loss for everyone. Amilcare Merlo was a very precious figure, together with his family, for our province. He was an honorary citizen of Cuneo, I want to remember him.” The Mayor continued, “Everything about him was an example of intelligence, generosity and vision”

In a speech delivered while accepting an honorary Master’s degree in Mechanical Engineering at the University of Turin, Mr Merlo addressed the audience of students, “I say have the courage to dare, those who do not dare will never receive anything. Be curious and, even if it requires sacrifice, don’t stop at the first defeat. This recognition is a great satisfaction, the fulfilment of a dream for me who have always considered myself an engineer of the land.”

“Amilcare Merlo was a truly inspiring figure for anyone that had the pleasure to meet him”, comments Shaun Groom, General Manager of Merlo UK Ltd. “All of us in the Merlo UK team are truly saddened by his passing. I know I can say that his wisdom, wit, determination and expertise will be missed by all. We will continue in the manner that he would of wished, ensuring the Merlo brand continues to innovate, develop & grow in the United Kingdom”.

Mr Merlo is survived by his wife Denise and children Cristina, Paolo, Silvia, Andrea and Marco, along with several grandchildren.