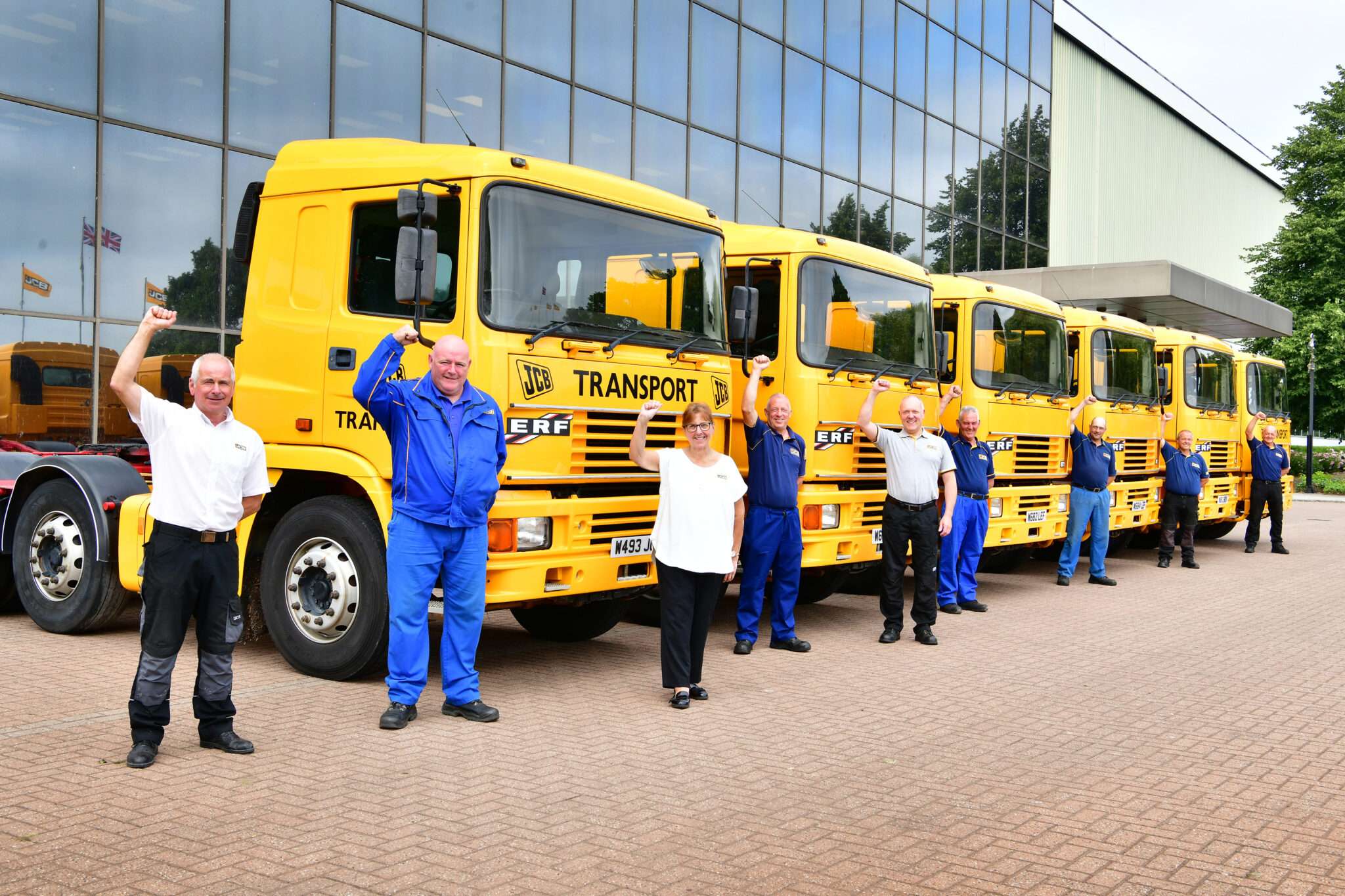 A piece of JCB history will go under the auctioneer’s hammer later this month as the company’s fleet of  ERF trucks is retired – after travelling the equivalent of almost 600 times around the world.

The distinctive JCB-liveried lorries have been a familiar sight on the roads for the past 15 years transporting parts between JCB factories and taking JCB machines to UK events. In that time the 17 ERF EC-11 models have notched up a combined 15 million miles – enough to travel round the earth around 600 times.

Now the fleet has taken its final bow and is being sold at the famous JCB Auction on Tuesday, September 28th at Wardlow Quarry near to Cauldon Lowe, Staffordshire.

JCB Transport and Global Auctions Manager Phil Pepper said: “The sale will bring the curtain down on a long association with British-built ERFs, an association with goes back to 1965 when we first used the manufacturer’s trucks. These particular 17 ERFs were bought second hand in 2006 because we wanted to stay loyal to a British manufactured truck renowned for its quality. The fleet has rewarded our faith in British engineering by the bucket load and it is amazing to think it has travelled a combined 15 million miles.

“When we bought them, they were between six to eight-years-old and they have been maintained to the very highest standards, so while they may be retiring from JCB, there is plenty of life left in them and we expect brisk bidding for them at the JCB Auction, particularly as there is no buyer’s premium.”

The trucks were manufactured 35 miles away from JCB’s World HQ in Rocester at ERF’s plant in Sandbach, Cheshire. At one time one of the JCB ERF trucks was moving 1,200 tonnes of machines and parts per day between factories.

The auction also includes vintage JCB diggers from the 1960s and 1970s as well as a number of modern day JCB machines including Loadall telescopic handlers, wheeled loading shovels and tracked and mini excavators.