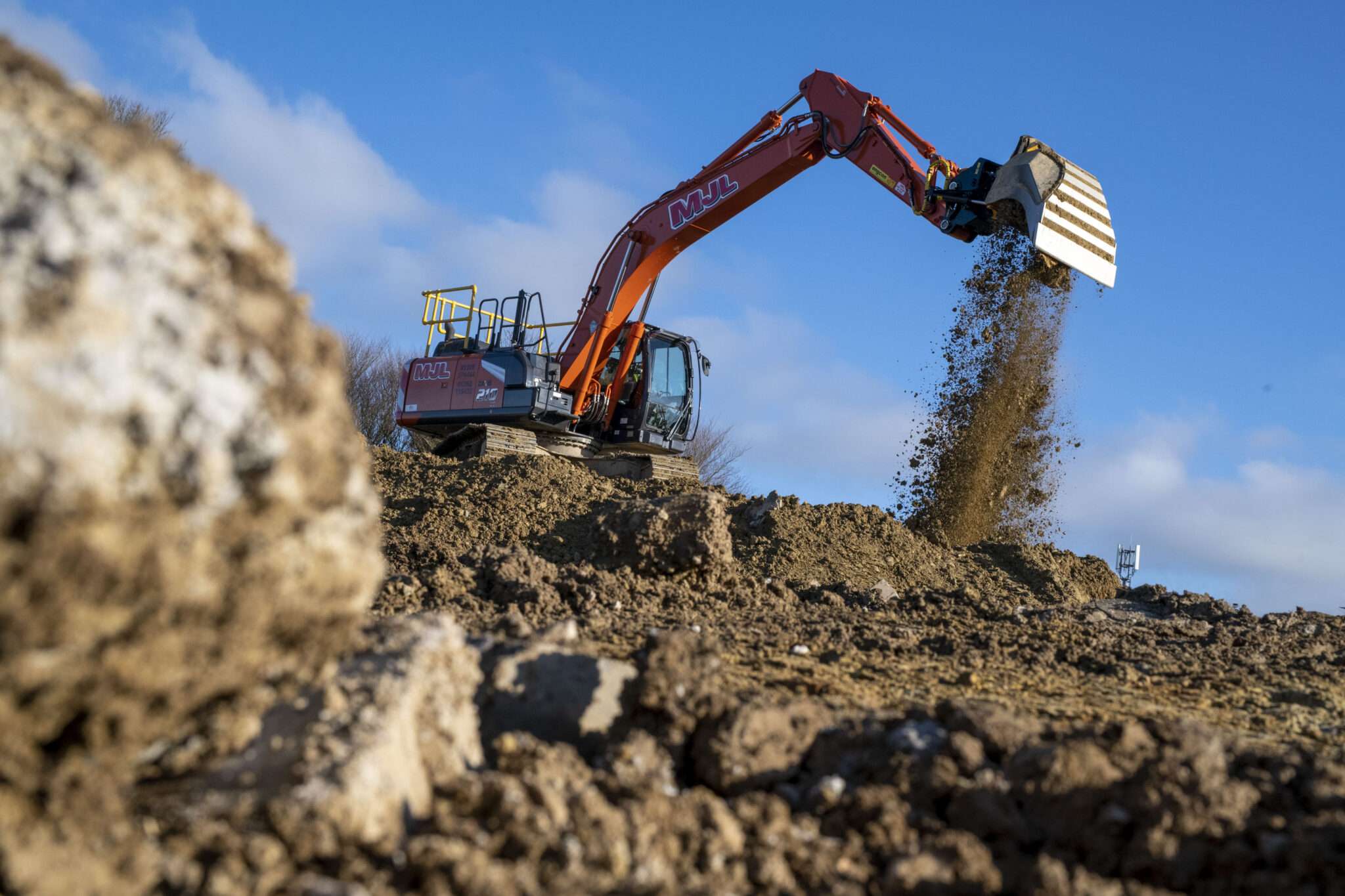 While tiltrotators have been around since the 1980’s when they were first invented in Sweden, most operators across the world will tell you that unless you see a tiltrotator in action for yourself, you will never really appreciate its worth. That’s been the case for the team at Cornwall based MJL Contractors.

Almost 10 years ago, the company, founded by Managing Director Matt Lugg, took out an Engcon tiltrotator on a six month trial and now this innovative work tool occupies an ever increasing prominent place in MJL’s expanding fleet of excavators.

Matt readily admits that initially they didn’t do much with that old Engcon tiltrotator, but they were eventually won over by its sheer versatility, transforming the excavator into a vastly more capable machine on the work site.

“Once we saw what we could accomplish with the Engcon tiltrotator there was no turning back,” says Matt. That was back in 2012 and today Engcon tiltrotators are becoming a common sight across the company’s 100 plus strong excavator fleet. The latest addition is an Engcon EC226, designed for excavators in the 19 to 26 tonne range.

But why Engcon? “It’s a market leading brand,” explains Matt. “Ever since taking that first one out for demonstration, our confidence and conviction in Engcon as a reliable work tool has grown significantly; we are totally committed to the brand and will be adding more Engcon tiltrotators going forward. The back up and support Engcon provide cannot be faulted.”

We caught up with the company recently as they worked on a 200 home development on the outskirts of Hayle, a fast growing port town some seven miles from Penzance in West Cornwall. There, we watched the Engcon EC226 tiltrotator, fitted to a brand new 20 tonne Hitachi ZX210, carry out a number of infrastructure tasks on the site including foundations and drainage.

Hitachi machines make up a sizeable proportion of the company’s excavator fleet, not least because of their reliability, operator comfort and high resale value, with more on order, some of which will also be fitted with Engcon tiltrotators.

Overcoming challenges of working on difficult and restricted sites

“Working across the housing site can be challenging in a 20 tonne excavator, especially in difficult areas where we might also have to employ  an eight tonne machine to support a particular task, but that’s easily overcome with the Engcon tiltrotator fitted to the Hitachi ZX210; there’s no need for the smaller machine,” says Matt. “With the tiltrotator, the operator can reach awkward areas with ease, such is the versatility of the Engcon.”

“With EC-Oil, the tiltrotator and other hydraulic tools can be connected and disconnected without the operator having to leave the cab, making it so much more efficient and productive, as well as a lot safer.”

The EC-Oil has no visible hoses or electrical cables that move around when connecting. This reduces the risk of pinch injuries and wear and tear. There is also mechanical protection which prevents the bracket being incorrectly connected, reducing the risk of breakdown.

Working ‘hand in glove’ along with the Engcon tiltrotator, and adding to its versatility, is a Leica 3D grading system. “It is a fantastic combination,” says Matt, who tells us that the system features on all of the company’s 14 tonne and above machines; any new excavators being added to the fleet will also be fitted with the Leica system. “We wouldn’t have anything else, and the support we get from the supplier, Exeter based One Point Survey, is excellent; if there are any technical issues, they are on to it right away, minimizing any potential downtime for us.”

It has proved to be a perfect complement for Engcon’s Positioning System (ePS) which came with the tiltrotator. The rotation sensor reduces the need for conventional setup and means the operator can see the excavation area via the machine control system’s display in the cab, saving time and reducing fuel consumption, among other benefits.

“Engcon has transformed the way we work, making the

operator’s job so much easier and less stressful.”

Another added bonus is Engcon’s GRD70 detachable gripper which has also proved to be an invaluable tool around the work site for the operator. Not only does it save on manpower, it also cuts down on the time it takes to move things around the site, and all from the comfort of the cab.

Getting to grips with the controls of the Engcon tiltrotator has never been a major difficulty for the operators; it becomes second nature after a few days.

“There is no doubt that the package from Engcon has transformed the way we work, making the operator’s job so much easier and less stressful; watching the tiltrotator in action continues to impress us as well as our clients, some of whom have come to see it in action on the site; they have been amazed by it.”

“Hitachi excavator becomes a much more versatile tool when you add the Engcon tiltrotator.”

Of course, the secret to having an efficient and productive working tiltrotator is having it correctly installed in the first instance which is where Hitachi’s Connected Technology team play an important role, having struck an agreement in 2020 with Engcon to supply and fit their range of tiltrotators at HCMUK’s state-of-the-art preparation centre in the North East.

That means peace of mind for the customer, knowing it is perfectly matched, tested, and supplied as a complete package right first time, and then backed up going forward by Hitachi’s national network in the product support team.

Commented David Roberts, CEO at Hitachi Construction Machinery UK, at the time of striking the agreement: “Forging this partnership with Engcon is another key development in our strategy to be the class leading solutions provider. The Hitachi excavator is a market leading machine in its own right, but it becomes a much more versatile tool when you add the Engcon tiltrotator.”