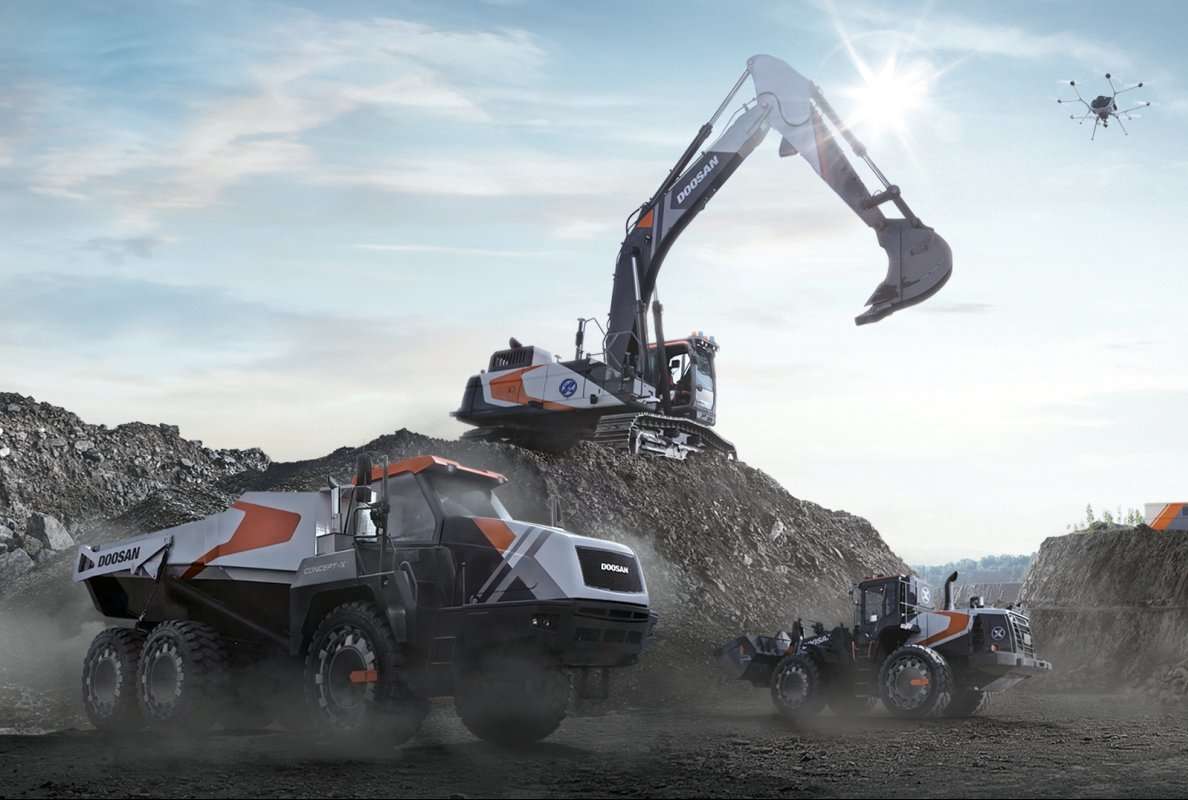 As well as a host of new wheel loader, excavator and ADT launches, the Doosan Infracore presence at the Hillhead Digital event from 30-31 March 2021, will include the first presentation in the UK of the company’s XiteCloud quarrying, mining and construction solution. XiteCloud is the first step towards the commercialization of Concept-X, the company’s integrated unmanned and automated control solution, first demonstrated to the world in 2019.ADVERTISEMENT

XiteCloud maximizes productivity by incorporating complex 3D drone construction surveys and earthwork calculations into a cloud platform, allowing them to be completed in just one to two days. Following the successful introduction in South Korea, Doosan Infracore is intending to launch XiteCloud in international markets including Europe in the near future.

These events have opened the door to Doosan Infracore to further expand its business portfolio into the field of construction site management, to complement its existing operations in manufacturing and sales of construction equipment.

With XiteCloud, a customer can manage multiple tasks such as surveys, terrain analysis, machine purchases, equipment operation and construction management on a single platform, thereby reducing construction costs and saving time while increasing work accuracy, which in turn raises productivity. XiteCloud also allows customers to manage multiple projects on a single platform, accumulating and managing data that can be utilized for future decision making/business.

The solution even makes it possible to digitize earthwork site information into three dimensions as well as to analyze rock formations. Since it is cloud-based, XiteCloud makes it easy for stakeholders, including contractors and clients, to join forces and manage the progress of a given project together.

Even on unfriendly terrain such as steep slopes and cliffs, XiteCloud calculates exact work volumes using advanced drone-based surveys. By analyzing vast amounts of field data quickly and accurately, XiteCloud completes construction surveys and earthwork calculations, which typically take as long as two weeks, within a day or two.

XiteCloud has already gone through a thorough technology verification process at more than ten construction sites for land development, large-scale apartment complexes and infrastructure facilities in Korea among others.

XiteCloud was also applied to a pilot project in Peru, South America ahead of the development of a large-scale mine in the country. The client was greatly satisfied with the service, particularly the regular drone-based surveys and the sophisticated construction management results.

An executive of the client said, “XiteCloud provides a comprehensive project progress management service which serves to increase trust between client and contractor.”

Doosan has now won the first service contract for XiteCloud from IL KWANG E&C Co., Ltd., a civil contractor working on earthworks at a public housing site preparation project in Jungnang-gu in Seoul in South Korea.

For IL KWANG, the XiteCloud service will initially cover 3D modelling and the cloud platform, before being expanded for use on other civil engineering sites where the contractor is working.

At Jungnang-gu, Doosan Infracore is analysing the current status of the 50,000 m2 site, on which IL KWANG will build the residential-commercial complex buildings, using three-dimensional modeling to produce a report on the calculation of the earthworks while providing necessary cloud platform services.

IL KWANG plans to use XiteCloud to confirm the volume of earthwork with the client before the project officially kicks off, and has stated that it will gradually expand the scope of its application of the cloud service. IL KWANG is confident that XiteCloud will enable it to calculate earthwork volumes far more quickly than before and manage construction progress in a more sophisticated manner.

“This contract is extremely meaningful in that it involves the first sale of our cutting-edge service to an external customer,” an executive of Doosan Infracore commented. “We aim to secure additional customers in diverse fields and strengthen our pioneering position in the growing market for smart construction solutions.”

An executive of the client said, “XiteCloud provides a comprehensive project progress management service which serves to increase trust between client and contractor.”

Doosan Infracore plans to expand XiteCloud’s applicability to large-scale construction equipment by exploiting 5G mobile technology and telematics, allowing the customer to manage all of their machine fleet on this platform. In addition, XiteCloud can add in information from optimal planning algorithms such as Grid/Road and fleet plans to complement personal experience.