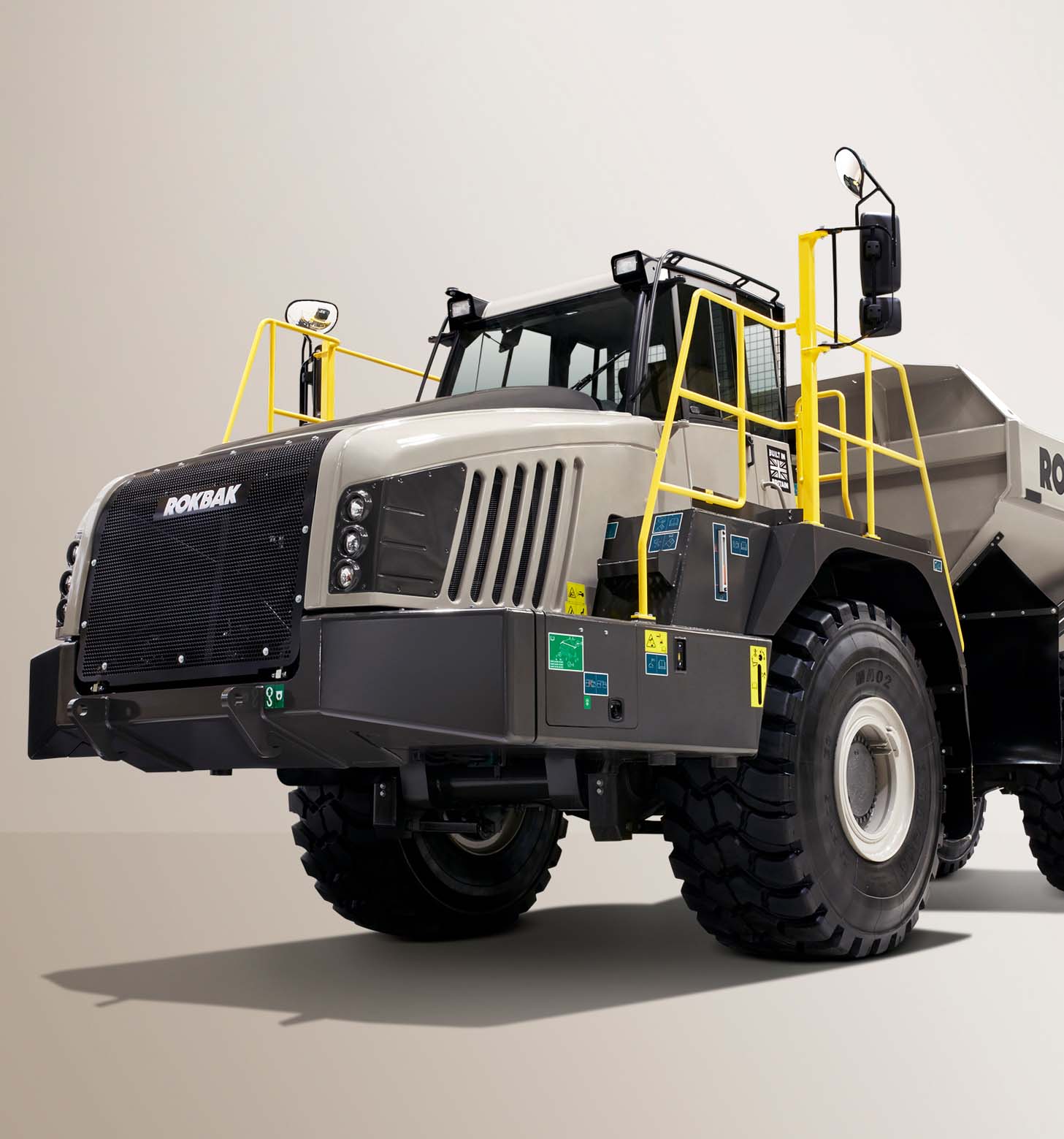 After enjoying three days of positive customer comments regarding its new brand at Hillhead, Rokbak rounded off a successful week by taking five Marketing Society accolades back home to Motherwell.

The brilliance of last year’s Rokbak rebrand was confirmed yet again last night when the Scottish articulated hauler manufacturer came away from the Marketing Society Star Awards 2022 in Edinburgh’s O2 Academy laden with five trophies.

The company was recognised for the Brand Development and International Marketing awards in the Strategic category and the Brand Experience award in the Communication category. As a member of the Volvo Group, Rokbak won the Star Marketing Team of the Year, with Jacqueline Reid, Global Director: Marketing Communications & Product Management, taking home the accolade for Inspirational Marketing Leader of the Year. In addition, the company was also shortlisted for the Simon Scott Award for Creativity and Craft.

This cross-industry acclaim neatly bookended Rokbak’s successful appearance at Hillhead 2022, which concluded the same day, where customers and other end users – many of whom were catching their first real glimpse of the rebranded haulers in the iron – proved to be extremely enthusiastic about their new direction.

“The feedback on our new name and colourways was incredible,” enthuses Paul Douglas, Rokbak’s Managing Director. “We’ve already become used to our dealers expressing their support for the changes we made, but I was taken aback at how overwhelmingly positive the Hillhead public’s reaction was, and how eager they were to get their hands on our new merchandise – and haulers! It’s just more confirmation that it was the right time to make such a significant change.”

The rebrand, which was announced on September 1, 2021, marked yet another major turning point in the company’s illustrious history, which began when Euclid created the first recognisable rear dump truck, the Model 1Z, in 1934. Euclid Great Britain was then set up in Motherwell, Scotland, in 1950 before rebranding as Terex several thousand trucks later in 1968. Then, after nine generations of its TA articulated hauler range had been produced, the company was acquired by the Volvo Group in 2014 and became a division of Volvo Construction Equipment. Renamed Terex Trucks, those machines underwent their biggest leap forward to date.

Following the Volvo Group’s investment of millions of pounds in the company’s products, people and processes, its two articulated hauler models continued to set new benchmarks in terms of productivity and reliability, making apparent the need to properly highlight just how much of a difference these enhancements had made.

“Becoming a member of the Volvo Group allowed us to make major improvements in every part of our business,” says Paul. “We felt it was right to recognise this evolution with a new brand name and launch an exciting new chapter in our history.

“Our customers were already referring to our haulers as ‘rock trucks’ so after consulting with our dealers and customers, we found the Rokbak name worked really well across all markets. It’s a name that embodies rock-solid strength, robustness and reliability – and our promise to always have the backs of our customers.”

In addition to the Rokbak name, the rebranding operation also saw the 28-tonne payload RA30 and 38-tonne payload RA40 models switch from the white Terex Trucks colour scheme to the well-received sand livery. As the most productive and efficient articulated haulers the company has ever made, with better fuel economy, lower emissions, improved safety and greater durability, their rejuvenated appearance will play a key role alongside the new name in further expanding the company’s reputation, dealer network and market share.

“We have a clear vision of who we are and where we want to go – the Rokbak name represents an exciting future and reflects our strategic priorities,” concludes Paul. “The industry’s recognition of our efforts at the Star Awards is highly appreciated – I’m incredibly proud of our team and what they have accomplished in such a short time.”