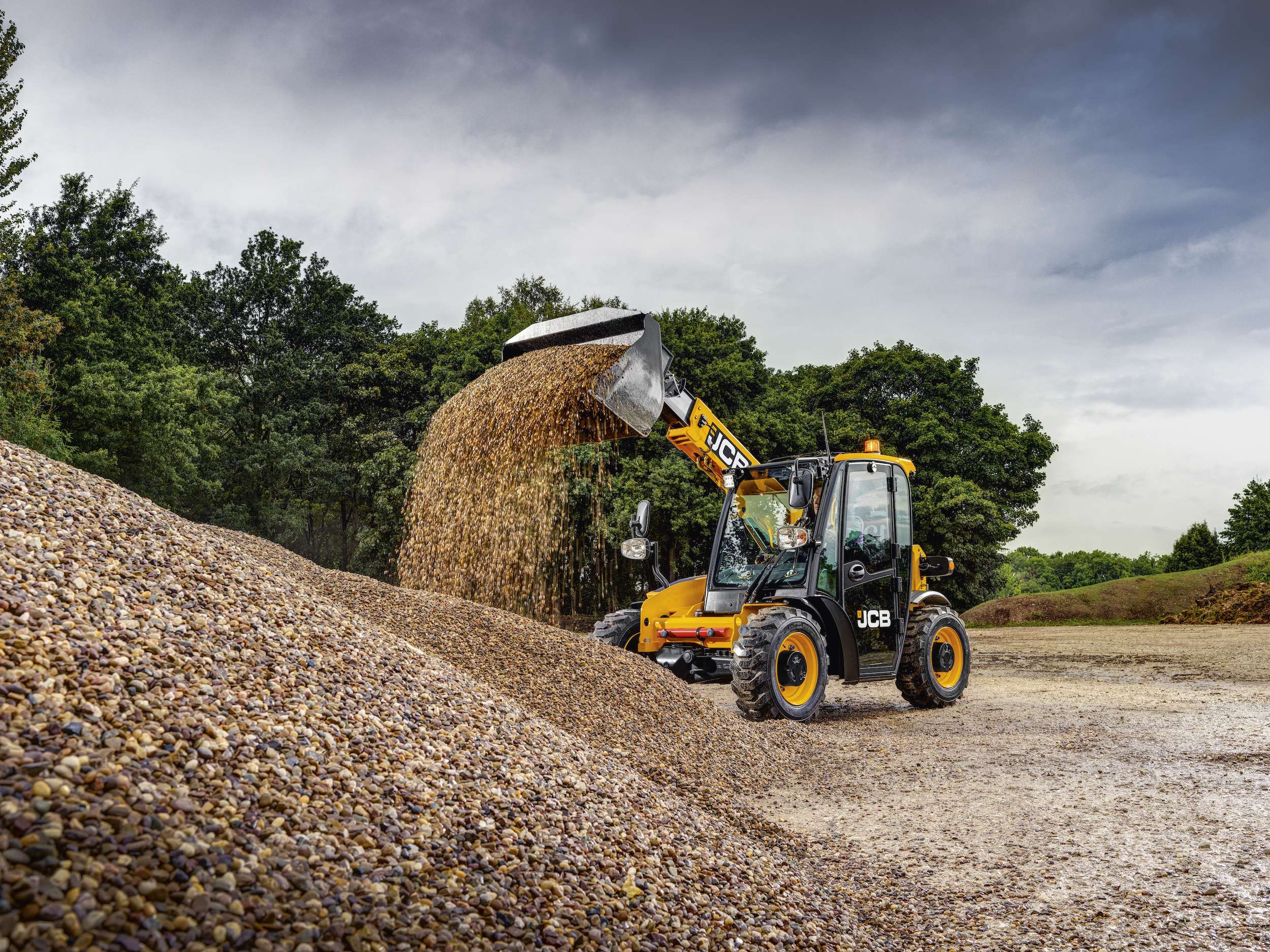 JCB will unveil its smallest ever Loadall telescopic handler at the Executive Hire Show – where it will star alongside a series of products from the JCB E-Tech range of electric equipment.

Shown for the first time, the 514-40 has a cab height of just 1.8m and a width of 1.56m. However, the compact machine benefits from the largest operator’s cab in the class and shares its core DNA with the world’s number one telehandler range. The full width cab is up to 200mm wider than competitors while lift capacity at full height is 12% higher than competitors.

The stand will also feature the JCB 19C-1E – the world’s first electric mini excavator. With zero exhaust emissions at point of use and considerably quieter than a standard machine, the pioneering model has been a huge success, with JCB celebrating production of its 1000thmodel in December 2022. Four lithium-ion batteries provide 20kWh of energy storage – enough for full working shift for the majority of mini excavator customers on a single charge.

JCB will showcase its E-TECH power pack range which provides a zero-emissions solution to varying on-site electrical demand, creating no noise or vibrations at the point of use and allowing longer operation of electrical tools and machinery in urban and emissions-sensitive areas. The power packs are a further demonstration of JCB’s leading role in the move towards a cleaner, low-emission future for construction equipment, building upon the growing range of JCB E-TECH electric machinery available to customers.

They will be joined on stand by further models from JCB’s powered access and portable generator line-ups.