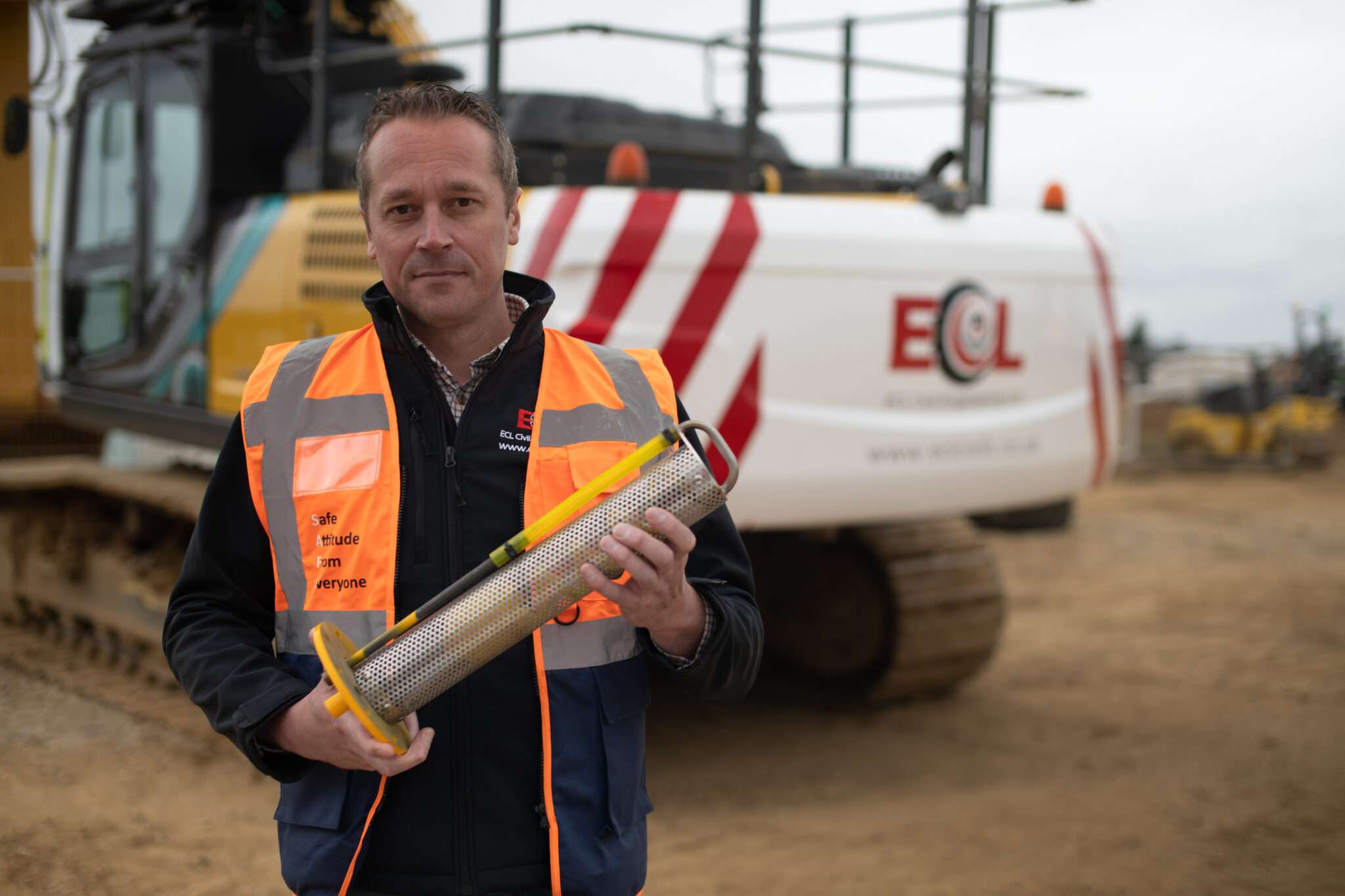 “Fuel contamination had become a problem on some of our sites, especially with our latest kit,” said plant manager Steve Wright. “We approached FuelActive, as it seemed to offer a very simple, effective device.”

ECL had already closely examined its fuel delivery to site and the way in which diesel was transferred to individual machines, but was still suffering from expensive breakdowns. The fine tolerances and high working pressures of Stage V fuel injection systems demand the cleanest possible fuel delivery for efficient operation.

The patented FuelActive unit replaces the machine’s standard fuel pick-up pipe, to ensure that only the cleanest fuel in the tank is used by the engine’s fuel injection system. A floating pick-up pipe is used to draw fuel from the upper level in the tank, leaving any water and sediment in the bottom.

Burning only the cleanest fuel available, ensures the engine operates at its most efficient and is more reliable, with improved fuel consumption and reduced emissions. However, while potential fuel savings were an attractive additional incentive, for ECL the decision to move to the FuelActive system was driven more by the expense of having a machine standing.

“In terms of downtime, you have an upfront cost and a hidden cost,” said Wright. “The upfront cost is the main dealer attending the machine, changing injectors, fuel injection pumps and filters. The hidden cost is that the machine is not working and the operator is not earning.”

The contractor initially installed the FuelActive system on its larger Kobelco and Komatsu crawler excavators, along with a fleet of Terex articulated dump trucks. With 100 earthmoving machines now covered by the FuelActive pick-up, ECL is also looking at the potential benefits of fitting the kit to its smaller equipment.

“Now, we do not experience the fuel contamination issues on those machines that have been fitted with FuelActive,” said Wright. “We do, however, still see some problems on the machines that haven’t yet been equipped with the system.”

ECL worked closely with FuelActive’s installation engineers to minimise downtime on site, with the fitting of the equipment taking less than an hour for each machine. The FuelActive pick-up is a fit and forget device, with no requirement for regular maintenance. Accumulated contamination is simply drained away during pre-planned service intervals in the usual way.

“I’m delighted that ECL has experienced such positive results from the use of our system,” said Nick Massey, FuelActive’s CEO. “In arduous working conditions such as construction and mining, it is not always possible to ensure that fuel has not become contaminated over time. With the use of the FuelActive pick-up system, we can ensure that only the cleanest diesel is delivered to the engine’s fuel injection system.”

“I would certainly recommend FuelActive to anyone with a fleet of equipment,” said Wright. “It decreases downtime for fuel contamination, brings up machine utilisation and allows the machines to run in a more fuel-efficient manner.”