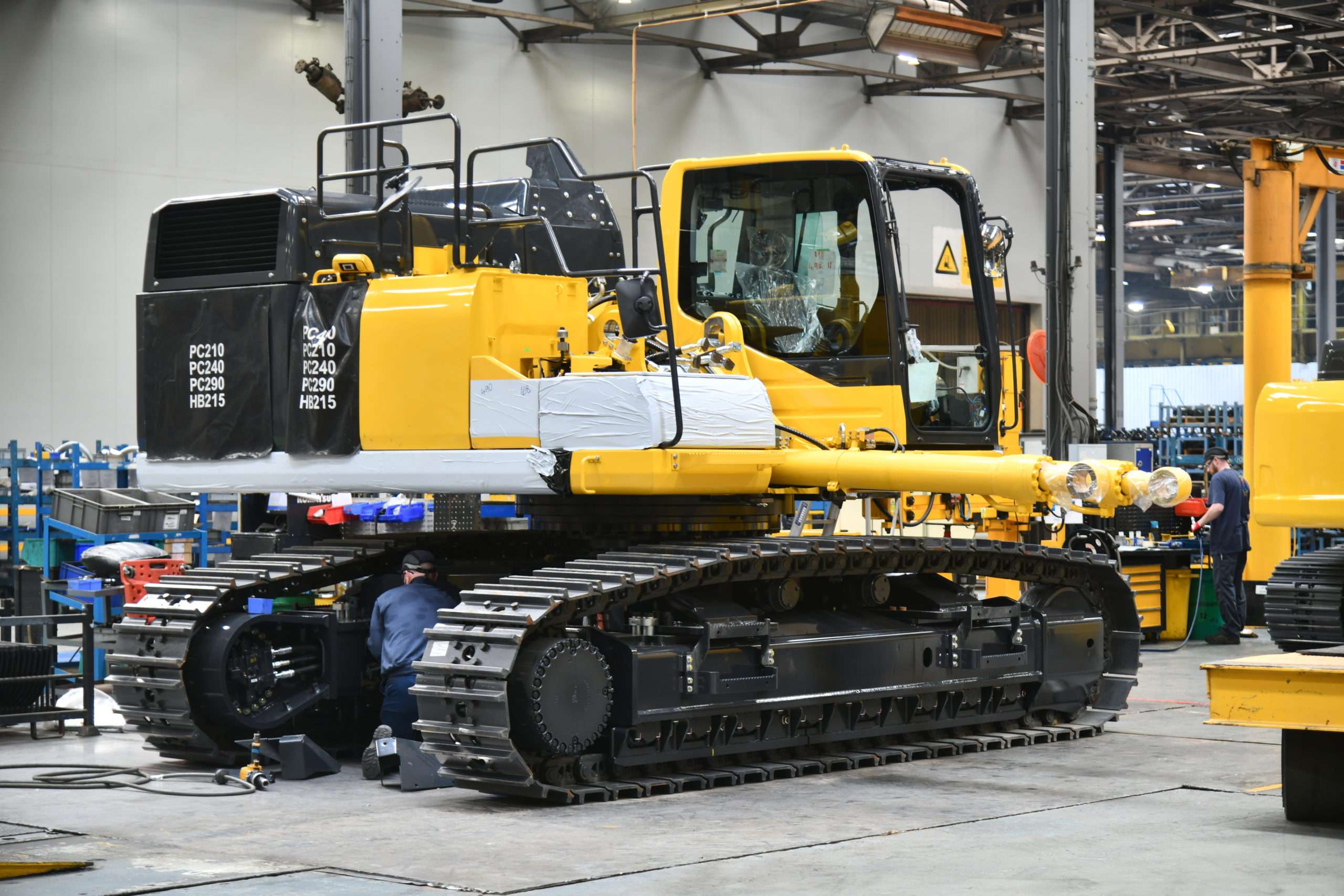 There are not many construction equipment manufacturers that can say they have been supplying equipment for a century but 2021 sees Komatsu celebrate their 100-year anniversary.

In May of 1921, Meitaro Takeuchi, who had previously established Komatsu Iron Works in Komatsu City, Japan, as a machinery company for the maintaining of mining equipment, put together a group of investors and spun off this company to form Komatsu Ltd.

Within 10 years Komatsu had designed and built its first crawler type tractor, the T25, for use in mechanising the agricultural industry. Constant research saw the factory develop the production of high-grade castings and special steel products alongside their manufacture of hydraulic presses. By 1943 the company had developed the Komatsu Model 1 Ground levelling Machine before 1947 saw the D50 dozer launch. The early ‘50s saw the manufacturing plant at Osaka open and its headquarters move to Tokyo. Quick development of graders, forklifts and dump trucks saw Komatsu export their first machines outside Japan before the introduction of crawler loaders into its ever-expanding range of equipment. The 1960s an agreement was signed with Cummins for the joint development of engine technology (something that still stands to this day) before tie-ups with both Bucyrus-Erie and International Harvester. The Bucyrus-Erie deal saw the company introduce excavators into their line up whilst the tie-in with International Harvester saw wheeled loaders added to their portfolio.

Komatsu’s constant expansion across the globe saw manufacturing bases for a variety of products added to complement their Japanese factories, including the Komatsu UK Birtley factory in County Durham where 20-70 tonnes excavators are manufactured for the European markets. Further expansion saw Komatsu establish a base in China and developments in both hybrid drive and autonomous haulage systems sees the company at the forefront of this technology within the construction and mining sectors. The development and introduction of the now world-famous intelligent machine control systems on its dozers and excavators has propelled the company to a dominant position, as the construction world moves into a digital age.

The Birtley factory was one of the first manufacturing plants outside Japan and was a former home to rivals Caterpillar. Following an extensive refurbishment of the facility, Komatsu UK started assembly of -3 excavators. Supplied in kit form from Japan, the excavators started the ball rolling for the factory, which has grown massively over the intervening years and is now one of the largest manufacturing plants in the region, employing over 400 people from the North East.

Awesome Earthmovers were invited to see the Birtley production facility first-hand recently and we were very impressed as to the level of detail the company goes into when producing their excavator range, and by the way it nurtures and develop its workforce.

John Lawson, Public Relations Officer for Komatsu UK takes up the story: “We started on this site in 1985 but its history goes back much further, with the Birtley `Iron Works producing cast products for the local mining and shipbuilding industries as far back as the early 1800’s. World War Two saw Birtley produce armoured vehicles before Caterpillar took over the site in the early ‘60s. It took us two years to get the factory up and running before Prince Charles opened it in 1987, with the first PC210-3 models being shipped out at the same time. From the initial assembly work undertaken at the factory, full scale manufacturing work commenced with Birtley becoming the European manufacturing hub for excavators from 20t up to 70t.

Whilst John is keen to point out the wide range of equipment manufactured by the factory; he says that none of it could be achieved without the dedication of the staff working at the site. “We take employee training and advancement very seriously at Komatsu. Our ethos is to develop the staff too in a way that they enjoy working here. We have a very low turnover of people with many of our colleagues hitting 30-40 years of service. We also have a great apprenticeship programme for all parts of the business and believe that having a great combination of experience and youth is the key to driving the ambitions of the company forward.”

Another key to the success of the factory is the quality control it instils throughout the manufacturing process, or as the Komatsu calls it, Dantotsu. “The word comes loosely from the Japanese phrase for unique and unrivalled and that is something we strive for throughout Birtley.” John explains “Everyone on the production line from the apprentices to the supervisors are looking for things to be completed correctly and to specification. We encourage issues to be reported rather than fixed by the next station. We want the whole assembly process to go smoothly and to be 100% correct, and we can only do this by working together as a team.”

Manufacturing processes have changed significantly over the decades with the factory adding newer state-of-the-art CNC, welding and painting processes to ensure the build quality is second to none but also that they are capable of keeping up with the rising demand from the European dealer network. Whilst the factory currently plan to produce over 2000 machines during 2021, in their standard excavating arrangements they are also responsible for the design and building of 11 different ‘Working Gear’ machines. These special adaptations are all designed and manufactured at the Birtley plant for the demolition and long reach industries and range from the PC210-11E0 to the PC490-11E0.

Simon Saunders looks after the Working Gear side of the business and explained a little about what the company does: “We have over the years looked at what our customers wanted in relation to special application machines whether that is a heavy-duty excavator, a long reach machine or the specialist high reach demolition machines with interchangeable boom systems. Working closely with customers across Europe and further afield, we’ve listened to them and designed what we believe to be the largest range of standard special application machines from any manufacturer.” When Simon says standard, he means that the Working Gear range is not built in a special part of the factory by a dedicated team but is integrated into the standard production line and go through the same rigorous quality control and testing regimes as a standard machine.  “We do have separate manufacturing stations for the different boom structures, but everything else is incorporated into the production lines. This means the teams can be building a standard PC210NLC designed for Italy first thing in the morning, with a 70t plus PC490 high reach following on straight away. There is a big variety to the work our teams undertake.” Simon explains.

While the Working Gear excavators are playing a huge role in the fortunes of Birtley, the advent of integrated machine control is another area the company has excelled in over the last decade. The Komatsu Intelligent machines were the first excavators to come to market with integrated machine control systems and whilst Komatsu has a large share of the market in both the excavator and dozer sectors, it hasn’t sat back and let others overtake them.

The latest iMC2.0 machines come to the market almost a decade after version one was launched and bring a number of software updates developed to make the operator’s life easier. Another change is the ability to automatically control a tilting bucket through the system, giving operators a further advancement on what they are capable of undertaking accurately and productively.

On the productivity front, and still under the Komatsu umbrella, the Smart Construction brand is emerging. We’ll bring you an interview with Deputy General Manager Richard Clement on the way it is trying to make the construction industry more cost effective.